I am so used to staring into the large eyes of the jumping spiders. I thoroughly enjoy photographing them because of their eyes. They truly have the largest of spider eyes… or so I thought until recently.

Here, I was at Agumbe staring into the eyes of a spider which at first instance reminded me of a fish-eye lens! 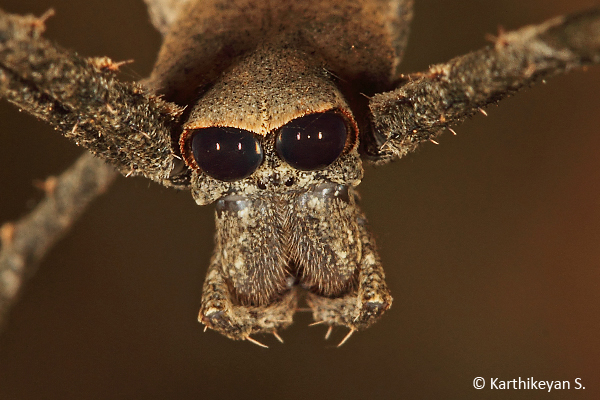 The large eyes of the Net-casting Spider.

It all began about two years ago when a friend who had returned from Agumbe showed me a picture of a nondescript spider on his computer screen. I almost jumped out of my skin when I saw the image. I made a purposeful trip to Agumbe in search of this spider without any luck. So, I had requested another friend who stays at Agumbe to tell me the moment he sees this spider again.

I had almost forgotten about the spider in question. Out of the blue, there came a phone call from Prashanth, saying that he had spotted the very same spider! No sooner did he call me than I booked myself on the only bus to Agumbe. I traveled all through the night, on a warm and humid April night, in the hope of catching a glimpse of this spider.

The following morning, on reaching Agumbe, Prashanth took me for a walk and pointed to the spider en route. It took me a little while to figure out where the spider was. The coloration, the shape and the long legs all helped the spider camouflage brilliantly. 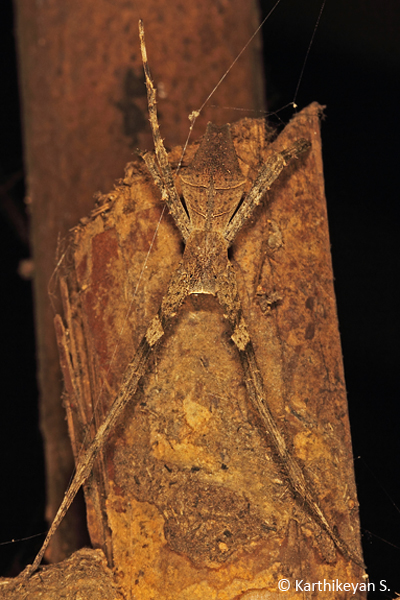 And, very involuntarily, the first thing I did was to position myself suitably so that I could see the legendary eyes of this spider! It apparently has the largest simple eyes of any terrestrial invertebrate! Indeed, I was astonished as I stared at the eyes of the Net-casting Spider, Deinopis sp. This indeed is one of the many bizarre spiders that I have come across.

Once you understand a little more about the Net-casting Spider, particularly the method it uses to catch its prey, you will appreciate the need for such large eyes! This spider has a unique technique to ensnare its prey. It builds an elastic net and holds it between its forelegs while the spider itself hangs down with a few silken strands. Any unsuspecting little creature that moves beneath is enough to set the spider into motion. It quickly drops down and casts the net over the prey thereby trapping the prey – something akin to a fisherman casting his net!

Having an acute vision is very important to be able to do this. More so, if everything around is absolutely dark. The larger the eyes, better the light gathering capability! 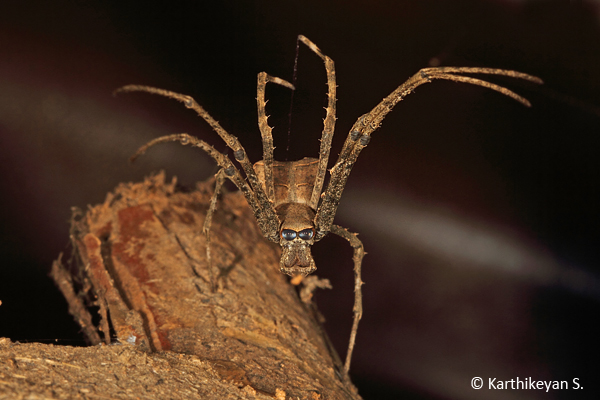 Spider in a different position towards the evening.

The spider, during the day, is well camouflaged in its surroundings. As darkness falls, it emerges and constructs a web and readies itself for the hunt! This is one thing I really missed witnessing – the spider with the net ready for action and of course the act itself. I will, some day, hopefully.

On the trip, I was lucky to see a male net-casting spider too. The male was smaller in body length, had much longer legs, and smaller eyes than that of the female. Take your eyes off from the spider for a second and you will probably struggle to locate it again! 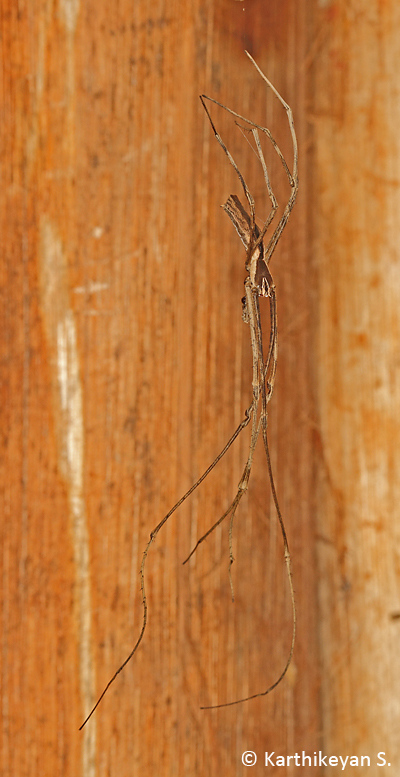 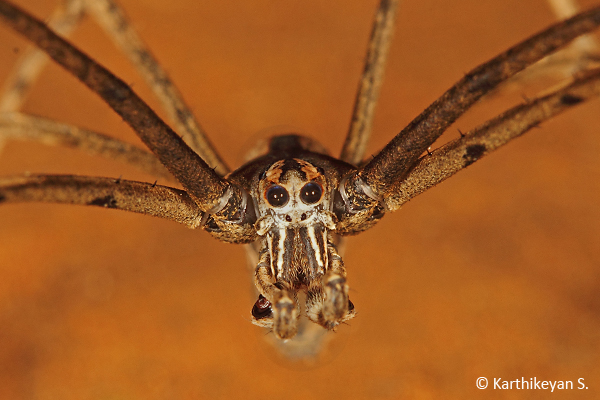 The Net-casting Spider or more accurately the Family Deonopidae has a distribution across the world – in the tropical and subtropical areas from the Americas to Africa to Australia! Currently only one species of Deinopis is known from India. With the kind of camouflage that these spiders exhibit, there could, however, be more species of these creatures hiding in the wilderness of the country.

So, when you walk the woods the next time around, don’t forget that you are probably being watched too with those ultra large eyes! 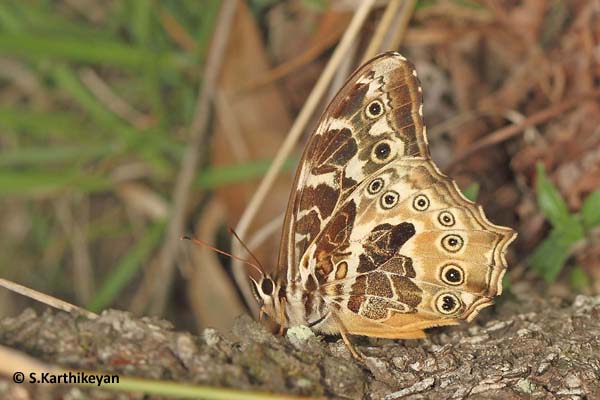 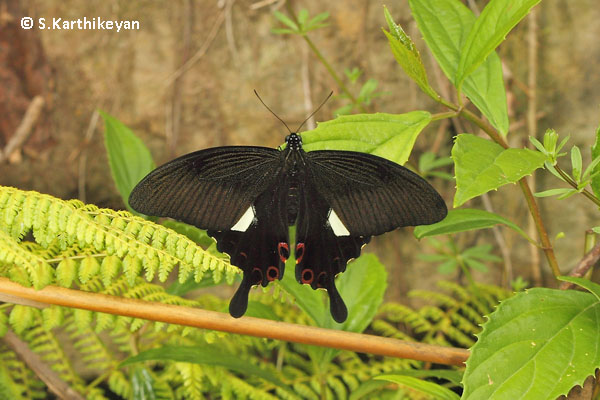 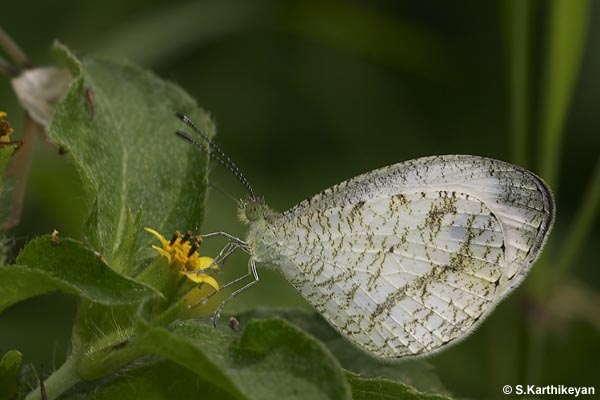 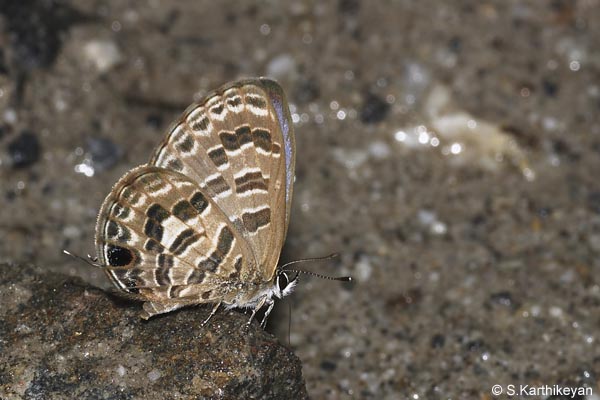 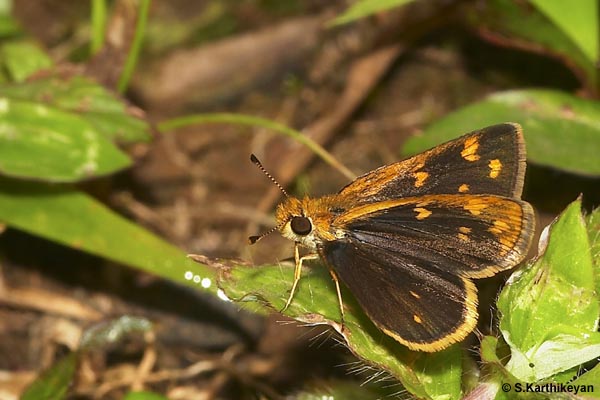 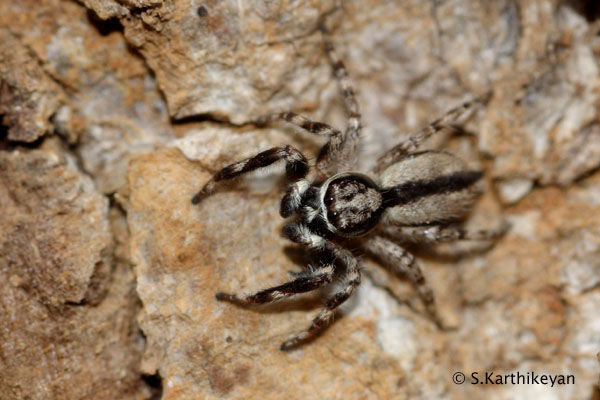 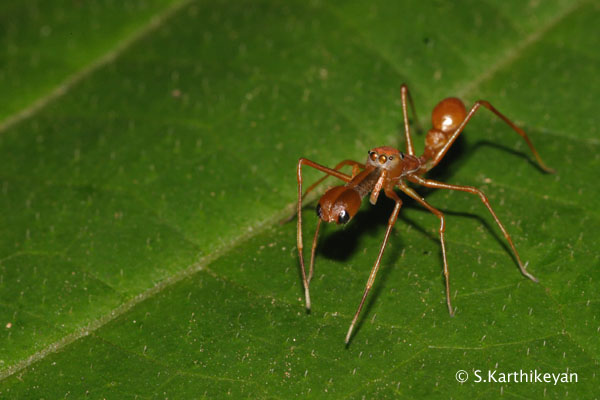 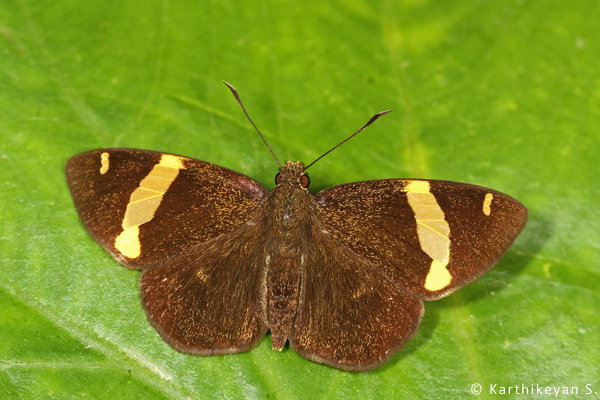