Many of us may remember that parts of coastal India and south-east Asia were ravaged by a tsunami in December of 2004. A friend was visiting Point Calimere to make some observations post the tsunami and asked if I would like to accompany him. A visit to Point Calimere had been on my wish list ever since I had started bird watching. Ergo, I excitedly said “Yes!” A week later, we were on our way to this sanctuary. It was a new experience for me to be birding in a landscape which had low stabilized sand dunes, tidal mudflats, seasonal ponds and salt pans.

My friend’s work done, we had some time on hand. So, we decided to explore other nearby areas along the coast. For us inlanders, time on the beach is always a welcome change. We spent as much time on the beach as we could. We walked on the beach looking at all the birds that presented themselves –waders, gulls, terns et al.

As we wandered around, I was drawn to a bottle that had washed ashore. 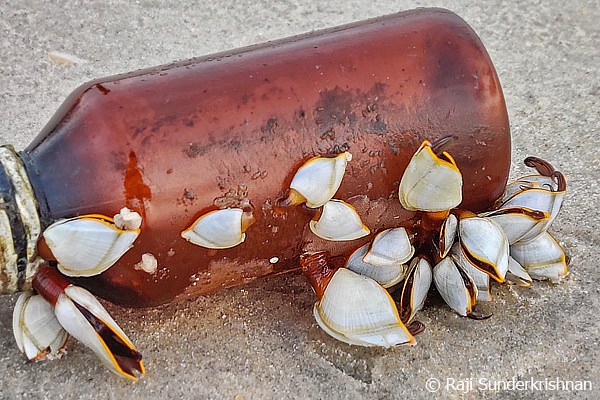 It had curious white objects sticking to it. On closer observation I also noticed an orange edge to each of them. I was unfamiliar with marine biodiversity and associated organisms and therefore uncertain of what was in front of me. I decided not to touch it. Instead, I sat down for a closer observation. I noticed each of the little mussel-like things attached itself to the substrate by a small brownish stalk. As I continued my observation, two halves opened up and a small, dark trunk-like organ split at the tip came out and groped about. Soon, several of the others did the same.

After a while, I walked away only to come across a host of substrates – flip-flops, glass bulbs, ropes and driftwood – all hosting a bunch of these interesting creatures. Just then my friend reminded me that we should get going as it was time for us to board the bus back home. We had a quick bite at the bus station and boarded the bus. 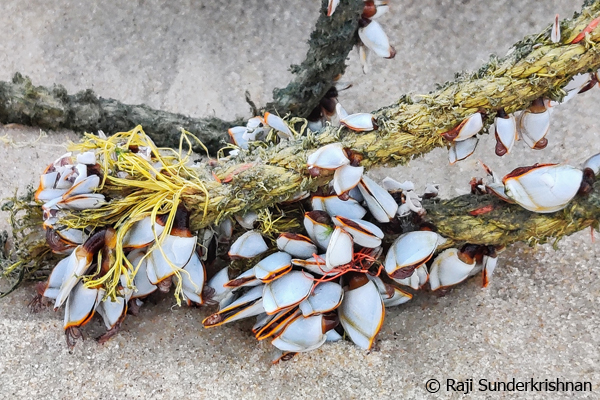 Back then, access to internet was not easy, nor was I an avid user of Google or Wikipedia. Fact-finding was done by poring over books in a library. I did my bit of old school reading only to learn that what I had seen on that trip were the Goose Barnacles, also called Gooseneck Barnacles.

Couple of years later, I happened to travel to the coast again – this time it was Karwar, on the West Coast. Even as I disembarked from the boat, I noticed blister-like things attached to the rocks and also to man-made structures like the jetty. During the time spent on the coast, I noticed entire rock faces looking very pretty, covered with similar structures – as Capt. Haddock (of Tintin fame) would have said… billions of blue blistering barnacles! 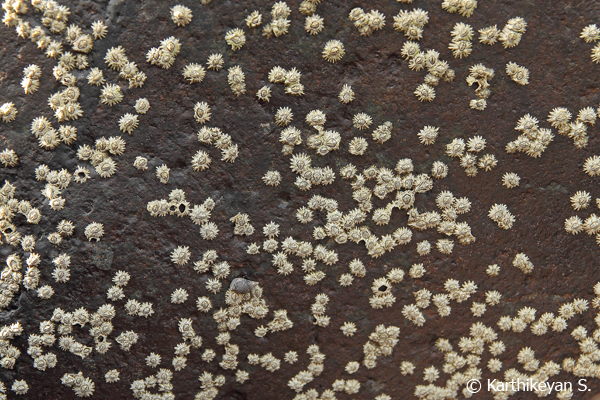 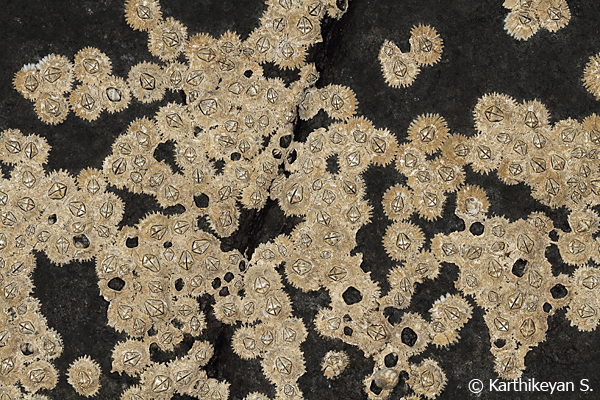 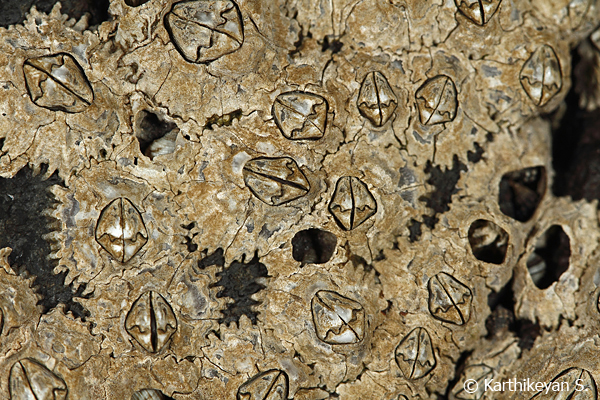 I took pictures and with some reading learnt that these were called Acorn barnacles.
Barnacles are crustaceans and related to crabs and lobsters. They feed on small food particles (like plankton and other micro-organisms) that are brought to them by the action of water. Being filter feeders, they feed using their modified legs called cirri.

Barnacle larvae secrete a fast-setting glue which helps them affix to the substrate. This substance is known to be one of the most powerful natural adhesives. As adults, they live attached upside-down to hard substrates in intertidal zones. They are also known to adhere to sea turtles and whales. Talk about a free joy ride!

While most barnacles are found in areas with ample movement of water, some live in the depths of the ocean where they remain stuck to various substrates. It is amazing to note that these creatures have managed to synthesize such strong cementing material that works well even under water. This reminds me of a friend who is a deep-sea diver. Guess what his primary job is – to remove barnacles from man-made structures in the ocean! Now don’t you think that’s an enviable profession for an adventure-loving nature enthusiast? 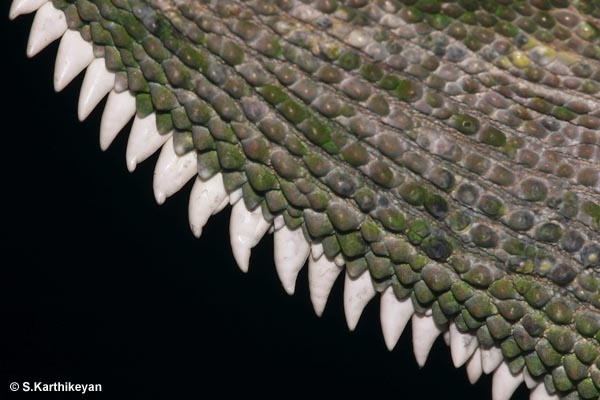 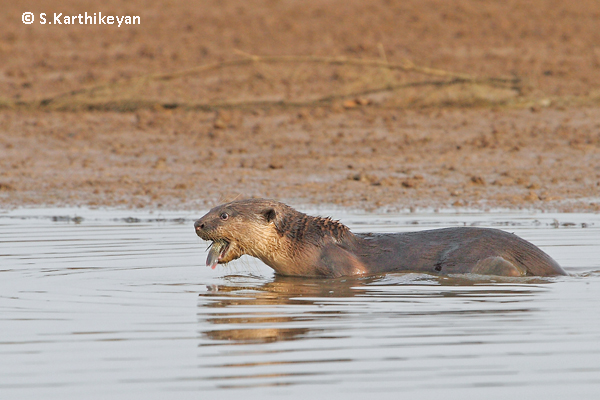 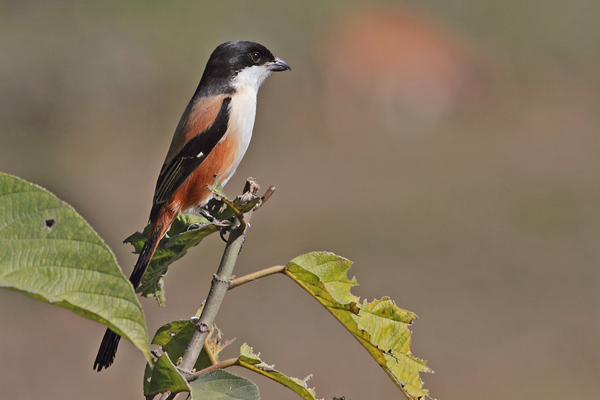 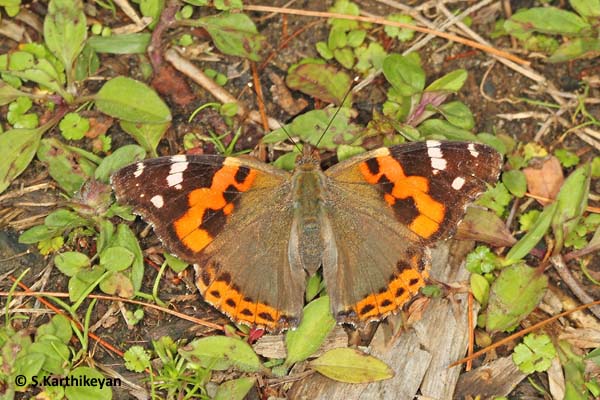 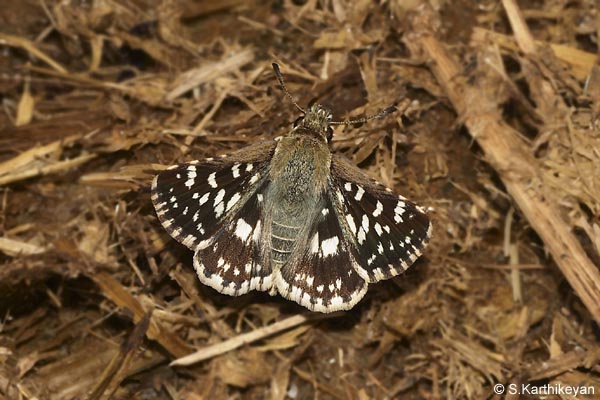 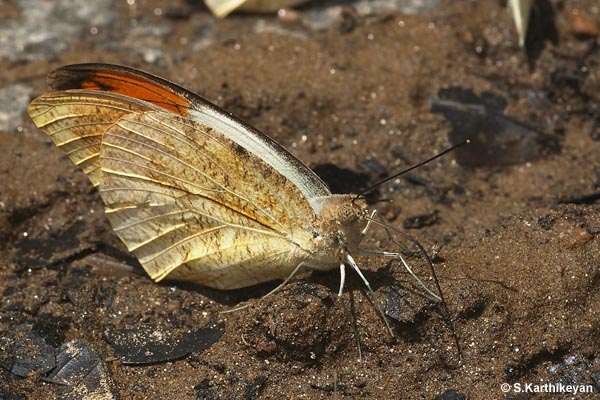 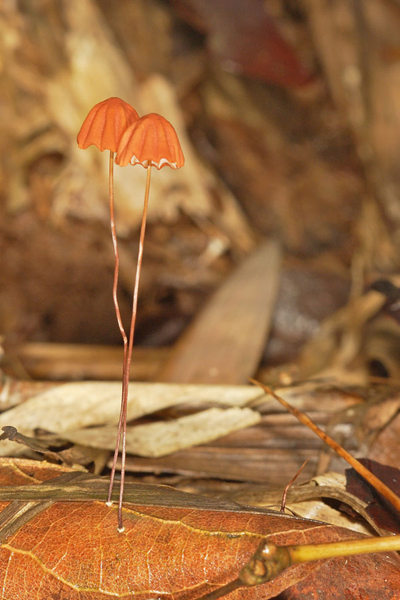 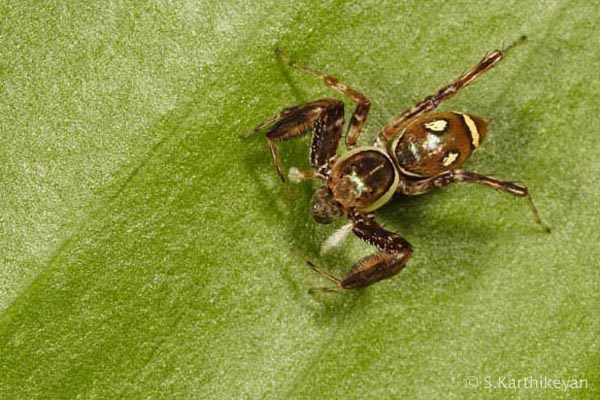 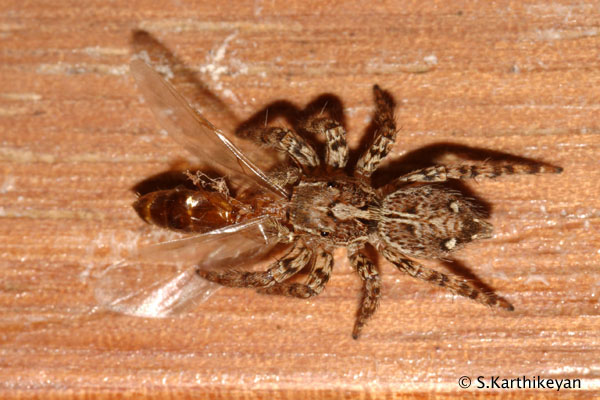 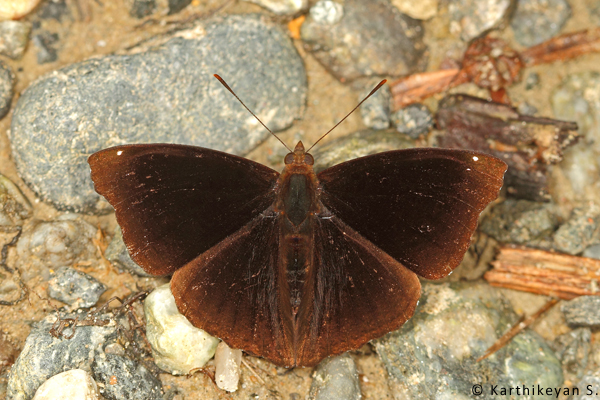